The 9 Best Places for Fried Chicken in Arkansas! 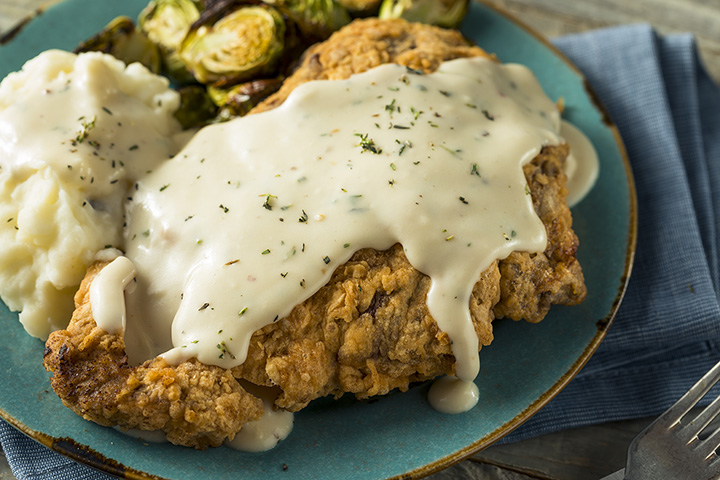 When folks think of fried chicken, they think of the South. And in the South, Arkansas is right up at the top when it comes to outstanding fried chicken. Humble or fancy, quick serve or sit down, there are plenty of exceptional places for fried chicken in the state. But these are our favorites.

For more than four decades, Monte Ne Inn Chicken has been serving what many consider the best fried chicken in Arkansas. All of their dishes are served family-style, and chicken is the only entrée on the menu. Everything that Monte Ne Inn puts on your table is made from scratch, including the loaf of bread.

Since 1947, AQ Chicken House has been putting smiles on the faces of their juicy-fingered customers. Voted many times as the state’s best, AQ grows and processes their own chickens—a true from-scratch operation. If you’re not feeling fried, they also offer fire-roasted chicken.

Chicken Country is one of those roadside joints where, when you see it, your compelled to stop because it exudes from the outside all the good stuff going on indoors. Crispy fried chicken and flaky biscuits. Classic southern sides. Even fish and ribs, for those who are bucking the cluck.

At Bobby’s Country Cookin’ in Little Rock, the menu changes daily, alternating through a regular repertoire of rib-stickin’ sides. But one thing remains constant, and keeps folks coming back for more: The fried chicken. Sure, sometimes diners will get the meatloaf or chicken-fried steak, but the crispy chicken is the restaurant’s showpiece.

When it comes to appearances, Myrtie Mae’s Café—now part of a Best Western in Eureka Springs—is not exactly what it used to be. The café’s namesake started selling “home-style chicken dinners” to Ozarks tourists in the mid-20th century. These days you can get the same fried chicken, made with the same recipe, at Myrtie Mae’s Café.

If you can manage not to eat dessert first—and believe me, you’ll be tempted—you will be very pleased with the delicious fried chicken at Holly’s Country Cooking in Conway. The perfectly cooked, juicy chicken could almost make you forget about the coconut cream pie. Almost.

Sometimes the thing that goes best with a fried chicken dinner is some good ol’ rock music. And you can get exactly that at Stickyz Rock ‘n’ Roll Chicken Shack. A regular schedule of awesome live acts complements their menu’s delicious fried chicken and chicken fingers.

If you’re looking for some no-frills, delicious fried chicken, then head over to West Memphis and saunter into Kelley’s Kickin Cheicken. Yes, it’s a quick-serve spot, but that doesn’t mean they cut any corners. The chicken is hot, juicy, and crispy. Just like it should be.

Little Rock is home to the Gus’s only outpost in the state. And the reason it became a chain is because the hot and spicy fried chicken is undeniably delicious. Juicy, crispy, and just enough kick to raise your eyebrows: Nothin’ wrong with that!