The 14 Best Road Races in Arkansas! 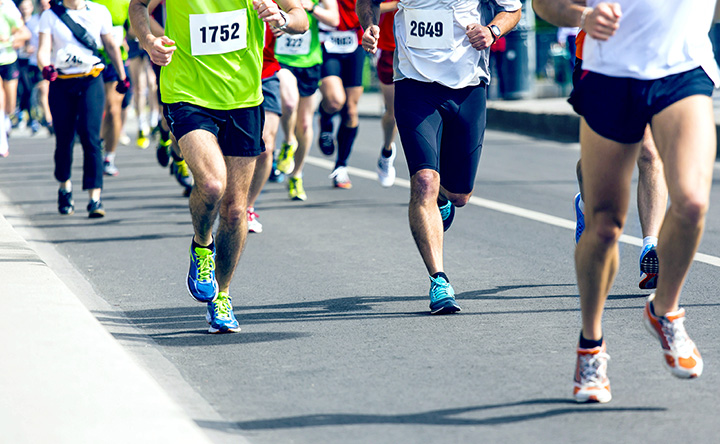 From colorful “fun runs” and the mysterious “runner’s high” to the beginner’s 5K walk/run and the challenging full marathon, there are many reasons and ways to put foot to road and run a race. No matter if you’re interested in supporting charities and traditions or if you’re more into pushing your own endurance limits, you’ll love this list of 14 best road races in Arkansas.

Since 2003, this popular race has been held on the first weekend of March in our capital city of Little Rock. Runners are encouraged to register for the marathon, half marathon, 10K, or 5K run/walk races that support Little Rock-area parks and recreational programs. In addition, the Little Rock Marathon also includes a children’s mile race and a free two-day health and fitness expo.

Announcing a new route, the Northwest Arkansas Hogeye tradition continues and “it’s a PRETTY PIG DEAL!” While this course is mainly on the streets of Springdale, the Hogeye keeps to tradition as the marathon takes runners on a small portion of the Razorback Greenway as well as parts of the Lake Fayetteville Trail. Participants will take their mark in downtown Springdale as they get set to run in a marathon (full or half), a four-person team relays, or a 5K.

Looming over the Arkansas River Valley is a natural, and beautiful, “island in the sky” that is perhaps better known as Mount Magazine. The Mount Magazine State Park hosts the event in small-town Paris.

With marathon, half marathon, and relay options, the Fort Smith Marathon is a race for everyone. Get set to go in downtown Fort Smith.

This marathon begins on Hwy 8 at the Big Fork Community Center in Polk County, Arkansas. Participants run a trail that crosses over eight Arkansas Mountains.

The MidSouth Marathon holds its annual marathon in November. Runners start the long-distance race at the Wynne High School.

Day 2 of this Riverboat Series begins in Lake Chicot (the largest natural lake in Arkansas) State Park in Lake Village. Runners may participate in 5K, 10K, Half Marathon, or Full Marathon.

Runners can choose to run a 7K, 25K, or 50K race with this Pirate Perry Events’ production that runs through Robinson Point, Panther Bay and Bidwell parks in the ancient Arkansas Ozarks. David’s Trail is a challenging course that runs along Lake Norfork in Mountain Home. Proceeds from this race help fund trail expansion and K12 activities on the trail.

Working in conjunction with World Vision, a Christian humanitarian organization, and ECOSNEAKERS, a shoe-recycling organization, this race raises funds for the town of Katito, Kenya and for globally repurposing shoes to those in need. Runners can participate in the WRM’s marathon, half marathon, or 5K run/walk.

This race is hosted by the River Valley Runners and is set to go in Pottsville. The first One Hour Track Run was held in Russellville in 1983.

The Valentine’s Day 5K has been on and off the race course since it began in the 1980s. Come out to Russellville to get the blood pumping!

Although this annual race starts in Texarkana, Texas, it ends at the intersection of 3rd and Wood Streets in Texarkana, Arkansas. Run the Line is one of only twenty races to be included in the 2017 Arkansas Grand Prix Series.

Promoting and raising funds for teens with traumatic brain injuries and for abandoned pets, this annual race is held in honor of 13-year-old Donald Lee Chase Potter, who died in 2005. All proceeds go to the Arkansas Children’s Hospital for brain trauma research and Friends of the Conway Animal Shelter.

Running Of The Hogs

6:30 AM
Lake Chicot State Park, Lake Village, AR
Learn More
Select a Arkansas town to find
the Best Things-To-Do and Places To Go around you