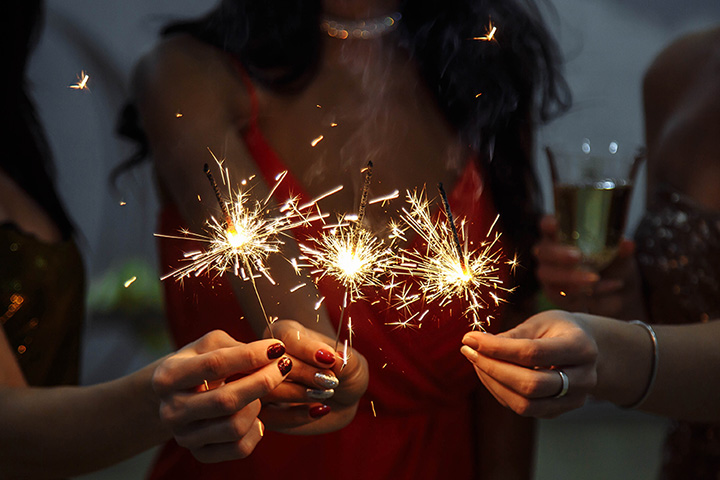 Arkansas is full of southern charm, lush landscapes, and exciting cities. It’s no surprise this beautiful state really outdoes itself with over-the-top New Year’s Eve celebrations and festivities each year. You’ll find everything from live music events to formal balls featuring elaborate dinners and fireworks displays. Experience the excitement in the air this New Year’s Eve at the following celebrations in Arkansas.

For a swanky gala this New Year’s Eve, head over to the Barefoot Ballroom Blitz in Eureka Springs. Festivities at this event include live music and fine dining located at the historic Basin Park Hotel. Complete the evening by relaxing for the night at this full-service upscale hotel.

For comedy, food, and live music this New Year’s Eve, look no further than The Joint Comedy Theater in Little Rock. Get a laugh or two during the 2-act comedy show and chow down on a catered meal served at intermission, then sip on complimentary champagne as they ring in the New Year. They turn up the party with live rock ‘n roll and dancing to complete the festivities.

Countdown the end of 2022 at The Grand Central’s New Year’s Eve Ball in Eureka Springs. Come in your best party attire and enjoy dinner followed by live dance music until midnight! You won’t want to miss this live entertainment, party favors, and midnight champagne toast.

Dress to impress for the Black, White & Gold New Year’s Eve Celebration. Located in the Fred Astaire Dance Studio in Springdale, this semi-formal event features dancing, wine tasting, hors d’Oeuvres, a photo booth, and midnight champagne toast. There’s also a dance class if you’re wanting to brush up on your moves or learn some new ones.

Ring in the New Year with brightness and fun at the Little Rock Zoo! Located in Cafe Africa, this family-friendly event features games, prizes, snacks, hot beverages, rides, and a live DJ. Take a walk among the beautiful lanterns and enjoy the GloWild season at the wildest venue in town!