The 7 Best Festivals in Arkansas! 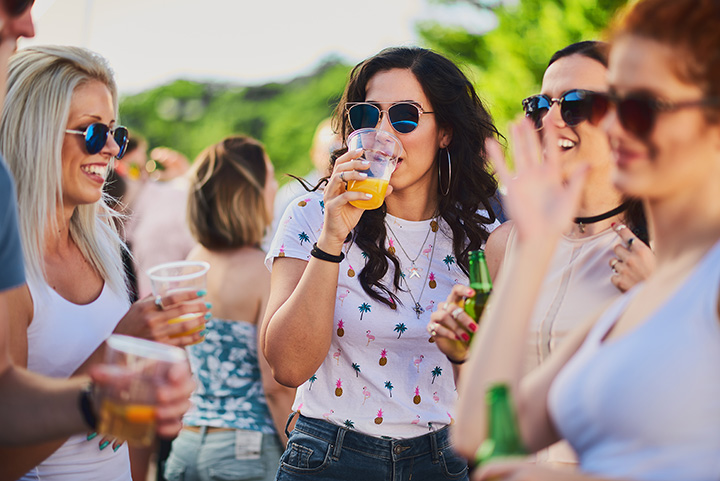 Music and contests and food, oh my! These annual community celebrations have long been a part of tradition and culture in the Natural State. Year after year, folks from all over the United States flock to Arkansas to enjoy many great festivals. Here are 7 of the best.

The Johnson County Peach Festival, one of Arkansas’s oldest fests, is a true tradition. From opening to closing this Clarksville festival is packed with interesting events including a greased pig chase, a peach eating contest, a horseshoe tournament, and, of course, a peach eating contest. Other activities include a teen street dance and scavenger hunt occurring throughout the weekend.

This award-winning festival is held the weekend of the last Sunday in April each year, bringing in about 30,000 people to the downtown Siloam Springs area. Since 1974, vendors from across the United States have flocked to the Dogwood Festival to set up their booths. This festival is also well-known for its awesome KidZone that provides incredible activities including an inflatable obstacle course, trampoline bungee jumpers, a rock-climbing wall, and so much more.

This family-friendly festival includes a carnival, a kid zone, a pageant, and a fun run in addition to those famous Cabot Strawberries. Hosted by the Junior Auxiliary of Cabot, all proceeds of this annual festival go to help local children.

This southwest Arkansas festival also includes the Annual World Championship Steak Cook-Off and the Annual Art Show. That’s a whole lot of celebration at once for the Magnolia community. Keep an eye out for what excellent musical artists the Magnolia Blossom Festival invites this year!

Held by Lyons College each April, this small fair has grown into a premier competition venue for dancers, bands, and pipers. Opening ceremonies of the Arkansas Scottish Festival, formerly the Ozark Scottish Festival, include a parade of massed bands and clans. This weekend festival is filled with great food and crafts, as well as those well-known piping competitions.