The 9 Best Places for Desserts in Arkansas! 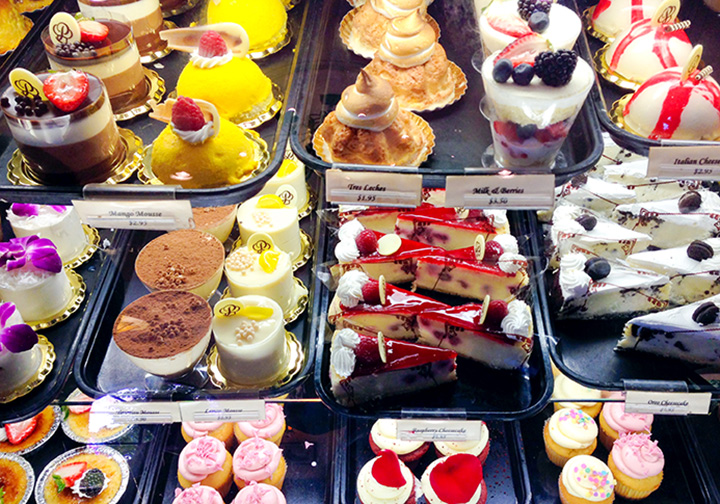 Did you save room for dessert? We sure hope so. Arkansas is home to some of the best dessert options around. Whether you’re craving blackberry cobbler or a delectable tiramisu, you’ll find exactly what you’re craving at the best places for dessert in Arkansas!

This place overlooks the “Arkansas Grand Canyon” in beautiful Jasper, Arkansas. After a tasty meal at Cliff House Inn, you’ll want to enjoy some even tastier homemade dessert! The menu at Cliff House Inn boasts the official State Pie of Arkansas, which also happens to be their house specialty…Company’s Comin’ Pie (which, of course, is meringue crust with pecans and crackers baked with real whipped cream and pineapple). If that’s not really your style, then check out a variety of other pies, the blackberry cobbler, or even the Sarsparilla root beer float.

Theo’s Bar & Dining Room has been a hotspot since 2005. After you’ve had your fill of oysters on the half shell and squid ink ravioli, you’ll want to enjoy some of the delicious desserts offered at Theo’s. Local favorites include the kiwi-orange cream pie, the crème brulee trio, and dessert drinks like the dutch and the almond truffle.

One of Arkansas’ finest restaurants, the River Grille Steakhouse, opened in 2000. Since then it’s been serving up some of the best food and desserts in the area. Ask your server about the night’s featured dessert or enjoy another favorite like the chocolate espresso cake or the River Grille lemon bread pudding.

Rick’s is more than just a bakery…it’s been a staple in the community since 1980. After you’ve enjoyed your soup of the day or deli sandwich, you must check out the sweet side of Rick’s. From cake pops and petit fours to pies and pastries, Rick’s Bakery is home to some of the best desserts in Arkansas.

Get your reservations in now if you want to enjoy an evening at Ruth’s Chris in Rogers. End your meal on a sweet note with a delectable dessert like the white chocolate bread pudding, the crème brulee, or the chocolate duo.

This Little Rock restaurant has made a name for itself with wine enthusiasts and circles of food since opening back in 1997. After dining on some bacon-wrapped quail legs and tortilla encrusted red snapper, you can satisfy that sweet tooth with some white chocolate bread pudding or double chocolate cheesecake with chocolate ganache.

You’re gonna love the upscale entrees at this place, like the lamb with figs or the veal ossobuco, even if they are a bit on the costly side. You’re also gonna love the dolce (dessert)…so save room for these Italian treats! Check out the popular tiramisu, the chocolate walnut or almond torte, or the saffron & honey panna cotta. Many of Capeo’s desserts are gluten-free.

For Italian-style dessert in the River Valley, be sure to check out Taliano’s in Fort Smith. From the fabulous tiramisu and cheesecakes to the cassata and tortoni, you won’t go wrong with these dessert options.

This award-winning eatery in Bentonville is known, in part, for its sophisticated menu. Check out the Trot on Over Here, a sticky toffee pudding cake. Or, if you need a gluten-free selection, try the Chocolate Soul Warmer, a warmed flourless brownie.