The 7 Best Delis in Arkansas! 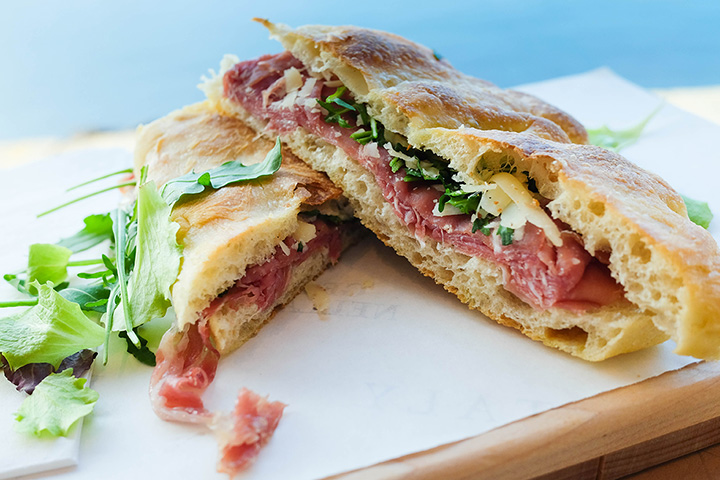 Did you know that delicatessens originated in Germany during the 1700s and didn’t spread to the United States until the mid to late 1800s? We didn’t either, but we did know that Arkansans love a good deli! Whether you’re hungry for that made-to-order lunch meat sandwich or you’re pre-ordering a meat and cheese deli tray, we’ve got you covered with our list of the best delis in the Natural State.

This popular deli in Searcy County is a hot spot during lunch and dinner for folks visiting the Buffalo National River or on their way to Branson, Missouri. You’ll find a lot of local character here at Big Springs Trading Company, where you’ll get a taste of the Ozarks that’s served with a side of sarcasm. Founded in 2003, Big Springs Trading Company is well-known for its traditionally-smoked meats and southern-style sides and desserts.

Kirkland’s Deli & Desserts is happily bringing delicious homemade soups, sandwiches, desserts, and much more to the Harrison area. This family-owned and operated deli is well-known for its fresh sandwiches and salads as well as its made-from-scratch breakfasts and gravies. Kirkland’s is open Monday through Friday from 7 a.m. to 3 p.m. for breakfast and lunch.

It may be a small company, but this popular deli is so good that it holds its own again the local grocery chains, restaurants, and superstores. Located in downtown Van Buren, Butcher Boy’s specializes in choice cuts of poultry, lamp, pork, and beef.

This Little Rock landmark began over 50 years ago as a local grocery store with a little deli section that demanded attention. Terry Lynn’s is probably best-known for its mouth-watering selection of hickory-smoked and barbequed meats. This popular restaurant and delicatessen also offers delicious deli trays and boxed lunches.

From antibiotic-free chicken to organic field greens, it’s all about wholesome ingredients at Jason’s Deli. This family-owned and community-minded deli chain began back in 1976 when founder Joe Tortorice, Jr., opened the first Jason’s Deli in Beaumont, Texas. Today you’ll find Jason’s Deli serving guests in 29 states at 260 delis, including these three great locations in Northwest and Central Arkansas.

This popular sandwich chain is best known for serving handcrafted foods in generous portions of sandwiches, spuds, and soups, and, of course, that McAlister’s Famous Sweet Tea. McAlister’s Deli was founded in 1989 and today has grown to include over 350 restaurants in 26 states, including these two in Northwest Arkansas.

It all began back in 1971 at a small restaurant in Austin, Texas, with a one-of-a-kind sandwich served on that famous Schlotzsky's sourdough bread. This international sandwich chain franchise has since grown to include not just locations in 35 states, like this one in Texarkana, but in three foreign countries as well. With additional locations in Fayetteville, Fort Smith, Jonesboro, Little Rock, North Little Rock, Rogers, and Springdale, it’s not hard to find a Schlotzsky's Deli in your neck of the Arkansas woods.